Cold rooms are no joke. Whether you’ve got a cold conservatory in the winter, or a large room that needs a heating boost, a decent smart panel heater will get the job done. This review covers one of the more popular panel heaters – the Adax NEO Smart Heater (Amazon).

The Adax Neo is a wall-mounted radiator that uses convection heating. It’s designed by a Norwegian company and it’s one of the more eco-friendly wall-mounted heaters, costing a few pence per hour. Anyway, let’s dive in and check out what this heater can do…

If you want to buy one of these panel heaters, feel free to use this link. I’ll get a small commission that helps me keep buying products to test and review! Thanks.

Full list of specs for the Adax Neo Heater

Here’s a complete run down of all the facts and features of this designer Wifi heater.

While you can get optional extra ‘legs’ for this panel heater, you’d be doing yourself a real disservice by not hanging it on the wall! The Adax Neo has been cleverly designed so that it gives the effect of having a far slimmer profile than it actually has. The heating parts are hidden behind the slimline panel.

The radiator protrudes around 85cm in total from the wall but looks sleek and appealing. Unlike some panel heaters I’ve seen, Adax have kept the front clean of any controls or LCD displays. The result is a smooth, pebble-like facade that will actually look good in the house, rather than just be functional.

And it’s easy to setup 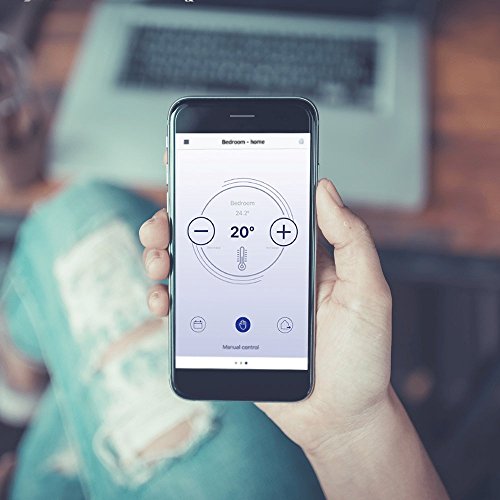 One of the surprises with the Adax smart heater is when you open the box. It’s been designed to be easy to install. There’s even a template, at the correct height, when you flip the lid up and move the box next to the wall.

There’s a guide at the end of this review with some installation tips.

The Adax Neo heats up fast

If you’ve not heard of convection heating, it’s where a radiator heats up the air, which then rises upwards and circulates back down. Eventually, the whole room is warm and toasty. Well, that’s the theory. A lot of panel heaters leave cold spots, or don’t do a good job. The Neo seems to heat rooms up quickly – and evenly.

If you’ve not tried a Wifi variety of radiator before, they’re actually pretty useful. If you have a cold room, you can simply press a button on the app and the panel will heat the space before you even set foot in there. Genius! Check out more Wifi heaters in our best-of guide here.

It’s cheap as chips to run

I do care about the environment but I have to admit I like to save money too. Lots of heaters claim to be super-duper energy efficient, but the Adax Neo is literally designed to consume less energy and save money. You can run it for around 12p per hour – way cheaper than some of the chunky radiators available.

Some heaters. Yeesh! They love to make a noise. You know the kind. The ones you can pick up off the supermarket shelf – cheap. The popping and clunking the metal makes as they heat up and cool down can be extremely irritating.

The Adax Neo heater is made differently to those budget heaters. There’s no noise either when it’s heating up, or cooling down. That makes this heater a good choice for a bedroom, or just for y anyone who values their peace and quiet.

The smart features are useful

You’ll need to download the free app from the your app store. Once installed, you’ll also need to setup and pair your panel heater to your router.

While the app takes a bit of practice and patience, especially if you want to do the more complicated stuff this smart heater is capable of, there’s a lot of functionality here.

You can do everything from simply turning on and off, to setting complicated schedules, check the temperature and control multiple Neo heaters. (More on the app in a second_.

It’s fine for toddlers, or pets

Having two little ones myself, I’m all too familiar with the scrapes they can get into. The last thing I want is an electric panel heater where I’ve got to worry about little hands getting burned.

While the front of the Adax Neo does heat up, it doesn’t get too hot. You can comfortably brush against it and not feel anything ‘hot’. The majority of the heating is done behind the scenes, or at least behind the panel.

The BAD: Things I don’t like about the Adax Panel Heater

OK so that’s the good. What wasn’t so good about my time with this flat panel heater? What could be better?

The Neo’s app could be more intuitive

I always say that a smart product stands or falls on how good it’s app is. While that’s being slightly melodramatic, it’s vital to nail this part of any smart product.

If you’re going to let me control a heater from the app, make it a darn good one. So is the Adax Wifi app any good? Yes, and no.

The app user-interface is fine, if plain, and you can see the temperature easily enough. Performing basic tasks like turning on and off is straight forward. Controlling multiple heaters is also easy.

But the thing that the app falls short on is setting anything resembling a complex schedule. You can do it, but it’s not as straight forward as it could be. Adax do keep releasing updates, so this could be fixed soon.

Routers, Wifi and everything else can differ greatly between users. But there’s sometimes a delay of a few seconds between pressing something on the app and it actually happening on the Adax Neo. While it’s not a huge deal-breaker, it would be nice to get this lag reduced.

The floor stand is available separately

It’s clear that this heater is most at home when it’s hung on the wall. As mentioned earlier in this review, this radiator looks sleek and attractive when mounted. It’s strange the Neo doesn’t come with the floor stand, as heaters like the Mylek one do. If you want to have it free-standing, you’ll need to pay extra for the stand.

Conclusion: should you buy the Adax Panel Heater?

Despite the little nitpicks mentioned above, the answer is yes. This is an absolutely fantastic smart heater that not only heats the room up, but looks darn good doing it. Controlling heat with the app remotely is extremely handy. And whether this is to boost heat in an existing room, or heat a room on it’s own, it gets the job done quickly and efficiently.

How to install the Adax Smart Heater in your home… without any pro help!

Whether you’re a DIY lover or not, you won’t have any problems installing Adax’s Neo heater. It’s super-easy to put on your wall (even if installing a panel heater sounds daunting). Here’s the quick-guide to getting it up and running. 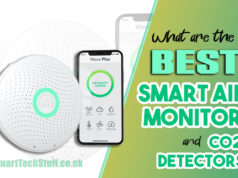 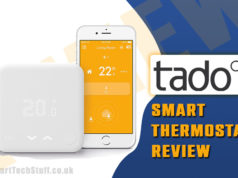 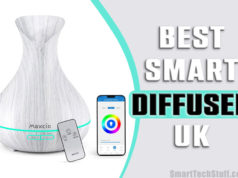