Like a lot of people, my home has the regular three pin power outlets that most UK houses have. I use smart plugs extensively for everything from our old boiler to lamps and even the underfloor heating. You can save an estimated £30 per year by using smart plugs to turn off your appliances instead of putting them in standby.

But <insert mysterious, dramatic music here…> do smart plugs have a more dangerous, darker side?

Having heard some rumours that some smart plugs can have technical faults and cause fires, I started to do some research and find out if mine were safe. As a dad of two, it’s not just my neck on the line and our house has smart plugs everywhere. A house fire is any parents worst nightmare!

If you’re one of millions of homes using smart plugs, this guide will help you find out if yours are safe. If you’re looking to buy some more, I’ll also include all the info you need to pick ones that are completely safe.

If you’re worried that your existing smart plugs are going to cause a fire in your home, you can actually stop worrying. The good news is that it’s highly unlikely your smart plugs are dangerous. As with regular plugs, there are safety features built in such as the humble fuse, along with rigorous UK safety checks that ensure your smart plug is safe.

Having said that, there are a number of things you need to be aware of if you’re buying or use smart plugs.

The rest of this article will go deeper on smart plugs, including how to pick ones that won’t start electrical fires in your home.

Have any UK homes had a fire as a result of a smart plug?

Let’s start with another bit of good news: At the time of writing, there are no confirmed UK house fires that have been traced back to the use of smart plugs.

Compare this to something like the infamous early hoverboards of 2015, which regularly caused fires in people’s homes and were subject to a mass-recall and you can see that there is a huge difference. In those cases, there were many documented fires which resulted from some shoddy Chinese manufacuring and a lack of safety standards.

Smart plugs are not having a crisis like that. Far from it.

I guess it doesn’t take many headlines with to make people nervous about a product and start to spread bad news like, well, wildfire.

So where did this smart plug fire hazard thing start and why are we even talking about these outlets being anything other than a handy way to update an older home with smart tech?

For that we need to go back to…

The infamous Which article

In a 2020 article by consumer magazine Which titled ‘Cheap smart plugs could expose you to hackers, or even cause a fire?’ they took 10 smart plugs commonly available for sale and looked put them through their paces.

Although the article was mainly aimed at security vulnerabilities and how hackers could exploit your smart plugs (an separate topic on it’s own) they also uncovered a fault in one of the plugs they tested.

The plug in question was the Hicton smart Plug.

The plug has since been removed from sale. No other plugs were tested or found to be a fire hazard.

What could make a smart plug smoke or catch fire?

Smart plugs are actually mini power outlets that sit between your power outlet and your plug. I’ve tested and used a number of these, such as the Techin Smart Plugs. So what was it about the Hicton branded plug that caused all the trouble?

So which part is a fire hazard?

The dangerous part of the plug is to do with the live connection being too close to the energy-monitoring chip. Because of this, it was possible for an electric arc flash to occur. This is something you’ll likely have seen before where lightening like spark jumps between two points.

Think Dr. Frankenstein’s lab and you’ve got the idea. In short, electric arcs are incredibly dangerous things with some exceeding temperatures of 19,000 degrees Celsius. That’s about the easiest way to start a home fire you could imagine.

A bit about how smart plugs work

If you’ve never seen inside a smart plug before, you’d likely get a surprise, especially compared to a regular 3 pin UK plug. Removing the casing reveals something more akin to a computer circuit board rather than a plug.

If you’re curious about what’s inside a smart plug, and want to get a look at some of the things we’ve discussed above, take a look at this video.

What are some good, safe brands to look out for?

Is there anything you shouldn’t connect to a smart plug to prevent fires?

We’ve looked at what went wrong with at least one brand of smart plug, and some of the brands you should look for (or just generally  getting a ‘known brand’ will keep you in good stead). But is there anything you can connect to a smart outlet that could cause it to have problems?

The basic rule with smart plugs is:

Protect your smart plug from risk of fire: Check it’s rated for the appliance you’re using it with

A slightly more complicated thing that’s worth looking into if you’re unsure if your smart plug should be used with the gadget or appliance you have in mind is to do this simple check:

Check the plus is rated for more amps and watts than the product you’re plugging into it requires.

To do this you’ll need to:

This sounds complicated but it’s not as hard as it seems. If you look on the back of your smart plug, you’ll see something like 13A (13 amps). So what do you do with this number?

Once we know the maximum power in watts our smart plug can handle and we know the wattage of our device, you can check that you’re not overloading your plug.

Spoiler alert: It’s highly unlikely you are. Even something like an iron (which is an unlikely match for a smart plug, I know) puts out around 1800 watts tops. So my 13A (3000 watts) smart plug can handle that without any problem.

Are cheaper smart plugs more of a fire risk?

If you don’t fancy splashing out full whack for a single amazon smart plug, or another top brand, does that mean you have to compromise on safety?

Technically, any plug you buy should confirm to UK safety standards and it’s definitely not the case that a cheaper no-brand plug will be more risky and burn down your house. So long as it has the relevant safety markings, it should be safe to use.

But, read on, because the water’s aren’t that clear…

If a plug says CE and UL, is it safe?

If you’re shopping for a new smart plug, or a pack of them there are two main things that a lot of shoppers will look for to check that a product is safe and won’t catch fire.

So what’s the problem with these safety markings?

There is however an elephant in the room with these markings, especially the CE one.

Simply put, they can easily be faked.

It’s common for Chinese manufacturers to stamp CE on electrical goods simply by an importer paying them an extra fee, regardless of whether or not it has been CE certified.

Another issue is that CE is sometimes stamped on in China to mean ‘China Export”, which confuses things even more.

Even legit CE stamps don’t have to be checked by a third party. It’s possible to self-apply for a CE stamp.

The bottom line with markings? Yes, check they’re in place but no, they’re not a guarantee that this smart plug is 100% safe and not a fire hazard.

Conclusion – Should we be worried about smart plugs catching fire?

Smart plugs are a fantastic invention and you definitely shouldn’t be worried about them catching fire. As long as you check for the relevant safety markings and preferably get a known brand, your home can use smart plugs safely for years to come. 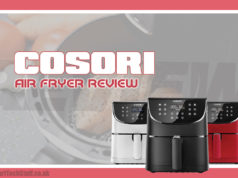 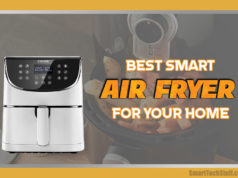 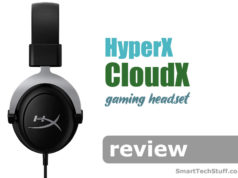