Welcome to our Anova cooker review

In our recent guide on some handy UK smart cookers, one of the products that came up top (with us and with you – check out the Amazon reviews) was the Anova Precision Cooker. In this review, we’re taking a deeper look into this hand held WiFi wonder and figuring out if it’s worth a buy!

You can also cehck out the Amazon reviews here

The Anova Precision Cooker at a glance

It seems like places like Amazon are getting flooded with cooking gizmos that are designed to let you eat like you’re at a Manichean star restaurant every night. But do we need another one? Here’s some real stuff we think is actually useful with this cooker:

The reason people started using sous vide in cooking (it had previously been in the domain of science laboratories only) was that it stops food drying out like it does in other cooking methods. Instead, the moisture stays in, making the food succulent and gives it more flavour you’d normally lose.

As one Amazon buyer says:

“The way foods emerge so tender and juicy from their vacuum sealed cocoons after being gently cooked from the Anova is a marvel, and I can now kiss goodbye to dried out meats and bland veg. You have to try it for yourself to truly understand the difference”

Anyone else getting hungry?

Easy to use – and not just for the fancy stuff

Yeah, a toaster is easy to use. But the good thing about the Anova cooker is what you’ll end up with isn’t the kind of meal you’d expect to be ‘easy’ to make. One thing that I really like about this cooker is it’s good at doing the simple stuff too.

If the sound of sous vide, the art of vacuum sealing food and cooking it in a hot water bath sounds technical, you’d be forgiven. You’ve probably seen it on Masterchef (although it usually ends in disaster for those contestants!) The Anova is ‘silly’ easy to use.

I’ve been cooking chicken for years but still struggle with it. I mean it’s so risky under-cooking it. Yuk. But the Anova Sous Vide cooks chicken perfectly. No more burning the hell out of it in the pan just to make sure it’s definitely cooked. Get some moist, tasty chicken back in your life. *

* Unless you’re a vegetarian, of course.

They weren’t joking about the precise bit

If you’ve seen any videos on this immersion cooker, you’re likely already know what it does. But part of the appeal is you’ll get the same results each time you do a recipe. As simple as this sounds, it’s nice to get predictable results.

Ever cook something and it’s a bit different each time? If you like that, you’ll hate this product. Normal recipes give you the temperature like 180c. The Anova will often have recipes that need to be at 59.4c! Don’t get freaked out though, the hard work’s all done on your smart phone with the free app.

One of the things I always thought with the sous vide cooker was that the food was going to be, well, a bit squishy. After all, there’s no way to crisp it off?

While it’s not possible to use the sous video method, as far as I have found, to make your steaks and vegetables have a crispy finish, the only alternative you have is to broil them, or chuck them on the grill, once the Sous Vide has done it’s work.

Maybe one day there’ll be an even smarter cooker that does this for you. Until then, it’s the old school method if you want something nice and crispy.

Health benefits of cooking with the Anova sous vide

While most people enjoy the taste of fried food, from steaks for meat eaters to stuir fries, there’s a huge health risk when you cook that way. Aside from pesky splashes (ouch) there’s way more serious problems. Damaging oils at high temperatures can make them carcinogenic both to eat and also to breath.

You know where this is going!

That’s why cooking your food in a water bath sous vide style is so much better for your health. This is a huge plus to the Anova cooker.

Is the whole ‘cooking from your phone’ a gimmick?

Cooking with your phone might sound cool, but we’ve been managing quite nicely without this for years now. Connecting a phone or iPad etc to the cooker is, thankfully, not hard to do. You’ll need to grab the freebie app and follow instructions to get it talking to the Anova. Once they’re friends control is in your hands. It’s time to cook!

The main thing the app is good for (apart from getting super-nerdy, granular control over the temperature) is to let you easily find the right setting for your food.

This Smart Cooker is ideal for anyone looking to improve their diet. There’s a wealth of recipes that are easy to cook and not a drop of oil in sight

Benefits of the Anova cooker

What don’t we like about the Anova hand held cooker?

I hate reviews that are suspiciously glowing about a product. Doesn’t exactly instill trust, know what I mean? At SmartTechStuff we like to get down to the nitty gritty. The rough edges. So what sucks about this precision cooker?

There’s a fantastic guide over at Live Strong on the dangers of over-heating oils.

Dive into the fascinating history of Sous Vide cooking with this fab guide over at CooksIllustrated.

Hit up the Anova website for news, recipes and support. They also have an active community to share ideas.

Figure out if sous video technology is for you in this quick video from the good folks at Everyday food. 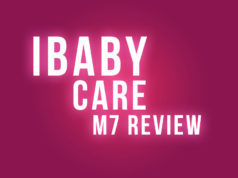 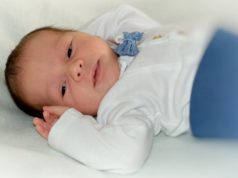 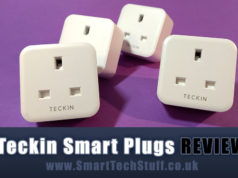