If it’s time to beef up the home security and that old alarm is giving more false signals and driving your neighbours crazy, you’ll likely be looking at getting a decent smart alarm. If you’ve got a pooch or a puss on the premises, it’s essential to check you’re getting a pet-friendly smart alarm too.

In this guide, we’ll cover everything you need to know to get the right gear and keep your home (and pets) safe and get a pet-immune system.

What is a smart pet alarm? 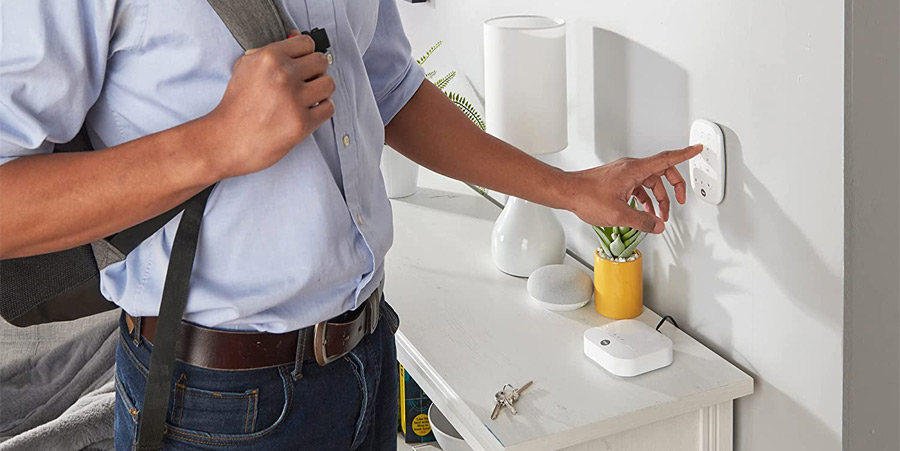 Smart alarms are modern home security systems comprised of a huge array of parts, each communicating with each other using networks such as WiFi and Bluetooth. They’re wire-free, reliable and there are some huge brands in the market such as Yale, Ring and Eufy.

One of the main draws with this kind of alarm is they connect with smart devices like tablets or smartphones to give you notifications, alerts and allow you to do things like disabling the alarm.

The main idea is you’ll place a series of sensors around your home and a siren preferably on the front of your property to let would-be intruders know you’re ready for them and to act as a deterrent. The main sensors used in smart alarms are:

Depending on which make of smart alarm you get, there’s normally a way to tune the sensors to however large your pet is. The Ring smart alarm, for example, has 3 sensitivity levels that allow it to ignore pets of different sizes.

Do I need to get a security company to fit my pet smart alarm?

Getting someone out to install an alarm can be a costly business and the other problem is you’re tied to them if anything goes wrong, or you want to update a sensor. Modern smart alarms are far more user-friendly compared to the older systems and are much easier to set up yourself.

You don’t need to hire a company to get your home secured but you may need to hire an electrician to do something simple like wiring in the siren if it’s one that requires a wired power supply. This is really the only part you might need help with.

Setting up the alarm, connecting it to your Wifi and adding the pet-friendly sensors around your home is something anyone can do in 2022. 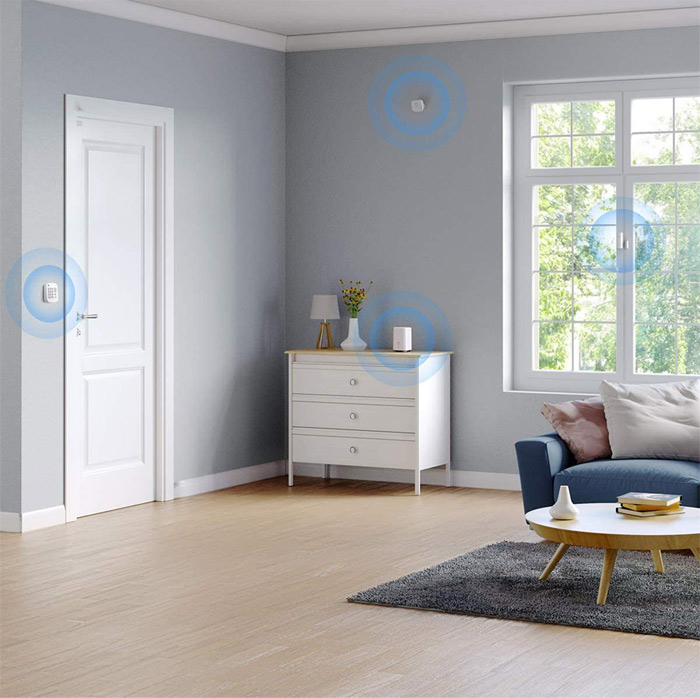 Smart alarms that you can use with pets have sensors that aim to differentiate between a human and an animal.

It’s unlikely your cat or dog will be opening a door or window so those sensors aren’t a problem. Dogs can show up on the PIR sensors and it’s this component of the smart alarm that needs to be able to tell if it’s a pet or a human.

Comparing the heat from your dog’s mass

Pet safe PIR sensors are able to detect the ‘mass’ of your pet and will only trigger the alarm if it’s above a certain weight limit. This varies between different brands of alarms but is usually around 25kg – 35kg.

Pet-friendly alarms aren’t anything new and this was technically possible prior to smart alarms. Pre-smart sensors could be set to not trigger the alarm and could be tweaked but they were unreliable.

We have a chubby chocolate labrador that likes to sleep walk and set off our old non-smart alarm  a number of times during the night. Queue my legging it downstairs in a panic, shutting off the siren ASAP. Stressful to say the least.

Another common system that pet-friendly alarms use compared to regular ones is that they can ignore activity under a certain floor height.

While it’s not perfect (dogs can jump up on a counter if they smell something tasty, or climb up on the sofa, for example) it’s an additional way for the alarm to tell the difference between mutt and a burglar. 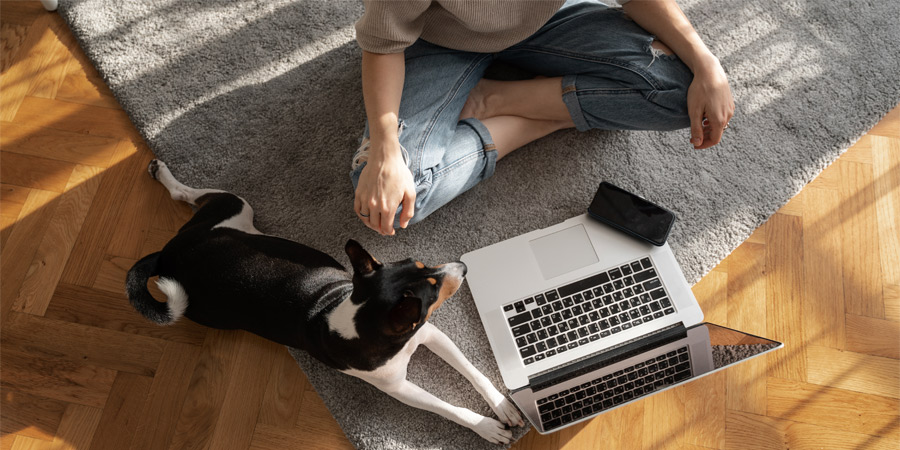 Another key thing with smart alarms you can use with your pets is how you can use them in conjunction with your smartphone and if you’ve got cameras installed in your home kit, there’s a number of things you can do:

If you’ve got a larger dog like a St. Bernards or a Rottweiler, and you’re sure you’re going to have problems with them triggering your alarm when you’re not in your property, there are still some options you can go for in your new smart alarm.

As burglars don’t generally come in through the ceiling and digging through walls is rare, tagging your windows and doors with sensors will have a similar effect to PIR sensors, without the risk of a dog setting off the alarm when you’re not around.

Broken glass sensors are also available but the window and door opening sensors are cheap, easy to attach and very reliable.

There are some excellent security lights you can get for outside your property. Obviously, these don’t trigger the alarm, but they can act as a great deterrent for burglars, send notifications to your phone of any activity and light up the property when they detect motion.

Using cameras rather than PIR sensors 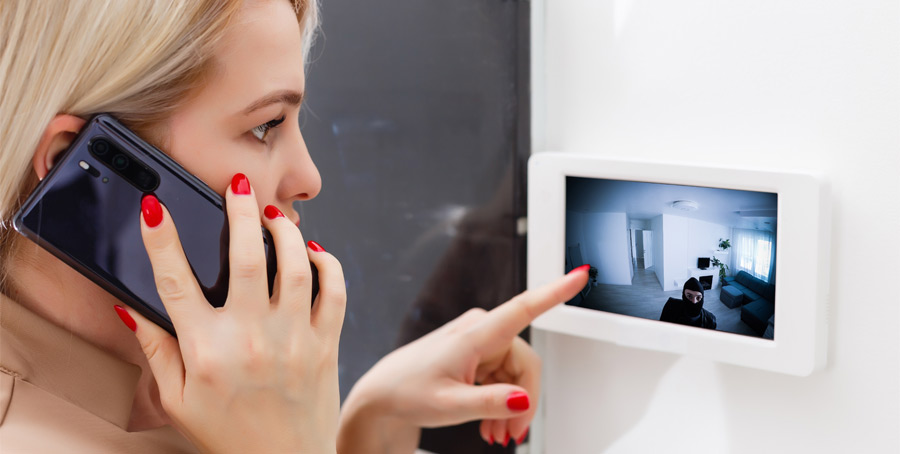 You can also get smart cameras that are able to differentiate between an animal and a burglar. Short of wearing a dog costume and crawling across your living room floor (what a terrifying thought!) an intruder won’t be able to enter but your pets will be able to roam around.

Using smartphone alerts prior to the alarm going off

You can also give yourself a bit of breathing room by setting your smart alarm to sent an alert to your phone prior to setting off the screeching alarm. This can give you a bit of time to check things are OK and that it’s just the dog.

Will cats set off a PIR alarm?

Unless your cat has been getting stuck into a bit too much trifle, it’s unlikely it will have the mass and body heat to set off a PIR alarm, smart or not. Having said that, I could swear my Mr Tibbs set off our alarm one day jumping around in the kitchen!

There is one issue with cats, however, and that is if they climb above a certain height. A cat going up a curtain might do the trick and set your alarm off, leaving you wondering what happened.

Based on what I’ve experienced and read from other users, it’s very unlikely you’ll have any issues with your cat triggering an alert on any modern smart home system.

What are some good pet-friendly smart alarms?

There are a number of good smart alarms with pet-friendly sensors up for sale today. Here are some of the ones we’d recommend.

This is a highly reliable alarm from lock makers Yale. It comes in a ton of different starter kits so you can pick one that’s right for your home. The door and window sensors are ideal for anyone with pets and the PIR sensor have been carefully designed to work with cats and dogs too.

See the different options on Amazon

If you’re looking for a pet-safe alarm on a budget then this is a cracking offer from Eufy, a well-known brand in the security market. The starter kit has window and door sensors, a keypad entry system, PIR and the siren box. There’s nothing to drill or install here and it has a low price too. 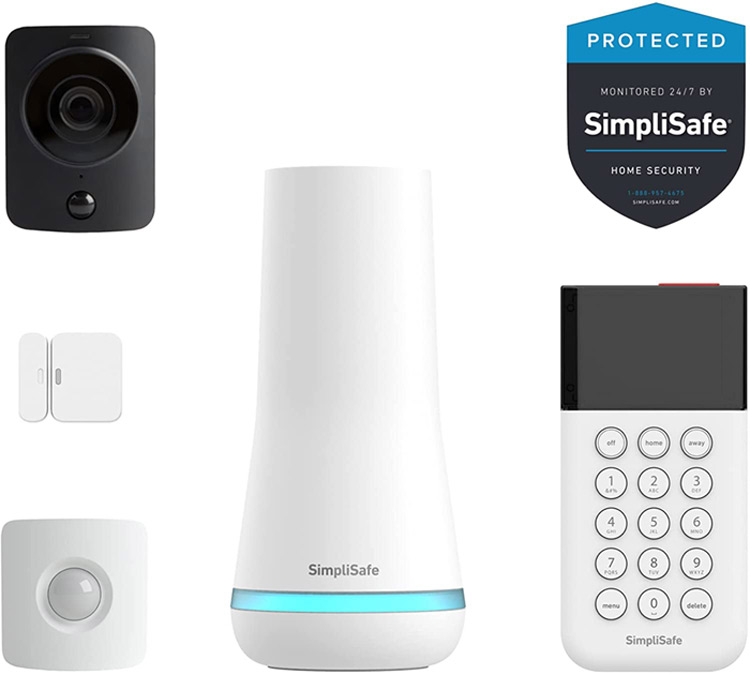 Simplesafe’s 5th Generation alarm comes with everything you need to secure your home including a goo quality HD camera and window sensors. It’s easy to install and equally simple to expand with other sensors. The app is clean and straight forwards and the PIRs offer full pet immunity

Are smart alarms with pet immunity perfect 100% of the time?

No. I wish I could tell you that the newer kind of alarms get it right all the time but you’re going to still get some false positives. Although they will be rare, if you’ve got a larger god, they’ll set it off occasionally. Even smaller animals like cats or pugs will find a way to trigger a false alarm now and then.

There is a bit of good news though if your pet sets of your alarm when you’re not at home, turning it off can be accomplished in a matter of seconds with your smartphone. This is a double-edged sword though because what if the worst comes to the worst and it should be going off?

Ideally, having at least a couple of cameras giving you an eye on your property is pretty much essential if you have pets and are using PIR sensors.

If you do find your larger dog sets off the alarm…

Aside from trying some of the ideas mentioned in the alternatives above, you can play around with moving the sensor. Try changing the angle, or even moving it to another entry or exit point where your dog can’t get to can be enough to get rid of false signals.

Remember that PIR sensors can’t detect anything through a solid mass so setting them on a window sill that obstructs the view of the ground area is another thing you can try.

Don’t get caught out: some things to look out for in a pet-friendly smart alarm

A number of alarms have a monthly fee for the service that’s tied in with the alarm. Check it either works without it, or you’re OK with the additional cost. It’s usually for cloud storage of security camera footage, or other live services. Smart alarms aren’t cheap so if you’re on a budget, you might want to avoid this extra cost. 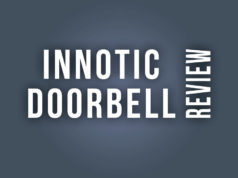 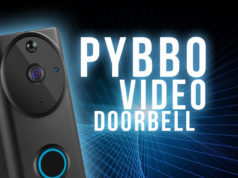 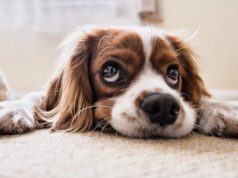