Home Glossary What is a PIR Motion Detector?

What does PIR stand for?

PIR stands for Passive Infra Red. They are small, compact electronics that can detect whether humans (and sometimes animals!) have moved in front of the area they are pointed at.

What is a PIR sensor?

A PIR sensor is an ingenious bit of electronics that works by picking up infra red radiation. This is handy, as that’s exactly what our human bodies emit. A PIR sensor has a number of interesting benefits:

As such, they’re great for home security systems and are used extensively in a number of different smart home devices.

PIR sensors: keeping a watchful eye on your home

PIR sensors are an important feature of smart home alarm systems. They’ve been around since the 1970s and are a staple of the security world. They’re basically the same electronics that are to be found in older, non-smart alarms.

The idea is simple; position the sensor around entry ways to your home. If someone moves in front of it, perform some kind of action – normally, setting the alarm off. In the case of smart alarms, you can also receive smart phone prompts and email alerts.

How do PIR motion detectors work?

The sensor will periodically check if there’s any heat sources in front of the sensor, and then trigger an event if it decides there is. They can be tuned to ignore small heat sources, such as dogs.

In the world of smart home alarms, it can connect into the security system and the alarm will send you a notification, or trigger the alarm directly when anything suspicious is detected. You can normally work in a number of PIR sensors into your smart home alarm.

To save power, most PIR sensors will periodically check to see if there are any sources of heat in front of them, rather than being constantly on. Having said that, you’ll have a hard time sneaking past one, as they tend to ‘check’ every few seconds.

How are PIR sensors used in smart home alarms

While the technology used for securing our homes has gotten a lot smarter over the years, PIR sensors have been used for a long time, and continue to be used in just about every smart home alarm system. 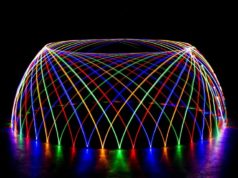 What does RGBCW stand for? 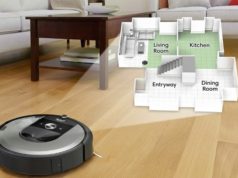 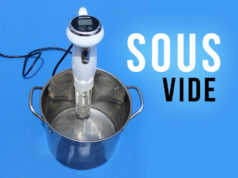 What is a Smart Sous Vide Cooker?