For anyone who’s not experienced it, it’s hard to explain the immersive experience of authentic live music.

It’s not just the crowds, or the people on stage right in front of you, close enough to touch. It’s the feel of the music itself. The rumble of a low, heavy bassline deep inside your chest or sonic punch of a kick drum slamming into your body.

There’s something primal about the whole experience, and it’s something that people have been trying to replicate at home for a long time.

The first question then, what actually is this, and what does it do?

Woojer currently offers two products. The Strap, which sits on a belt around your waist, and the Edge Vest, which is a full haptic vest. This review focuses on the Edge, as it’s a far more complete, impressive, piece of kit.

The Woojer Edge is a haptic, immersive sound vest. For anyone unfamiliar, haptics (literally; touch sensing) is designed to turn your experience of sound into feeling. If you’ve ever been to an interactive cinema or used a gaming controller that vibrated whenever you got shot, that’s a haptic design.

This is what the Edge does. Turn what’s on-screen into kinetic force. Whether that’s the bass roar of a film’s musical score or a sudden shock as something jumps out in front of you in VR, the transducers built into the thing let you literally feel what’s happening, inside your body.

Already in its second iteration, the Edge links directly to your smart TV or PC, turning whatever’s on the screen into a fully immersive, whole-body experience. It’s genuinely something that’s hard to describe because there’s no equivalent feeling that you can get at home. But for audiophiles, streamers, gamers, as well as people simply looking to push their audio experience to the next level, the Edge offers something deliciously unique.

How does the Edge work?

First impressions of the Edge are excellent. The vest itself is reasonably small and unobtrusive, with options for adjustment to fit almost any user. Overall, it’s comfortable, and not too hot, which is good if you plan on wearing this for a while.

6 patented Osci haptic transducers are built into the body of the vest. Two in the backplate, two in the front arms, and two in the wrap-around waist stability padding. It’s these (surprisingly small) pieces of kit that transform sound into feeling, and they’re surprisingly powerful. Each one is capable of running from 1 to 200Hz, with the positioning thought out and designed to give it a 360-degree field of operation.

Everything is controlled from the console on the left lapel. The buttons feel responsive, and there’s a lot of physical feedback, which is great when you’re immersed in what’s on-screen as you can literally feel every button press. The buttons themselves are surprisingly loud, with the same clicky feedback as a mechanical keyboard.

Below the controls are the input and output jacks. Inputs are handled either through a USB C port (which can also be used for charging, more on this in a second) or analogue input. The Edge has an internal DAC, which is surprisingly high quality, and performance through both input sources is very good, to the point that a lot of users note that their audio quality seems to be boosted when running it through this as if it’s acting as an amp as well.

Output is a standard 3.5mm headphone jack, and this is one of the issues that the Edge faces. While audio output is great across the board, that single output source is literally it. That means you can’t hook up audio outputs to the Edge vest and, for example, a set of speakers at once, reducing this to a single person experience.

Next to the input/output jacks is the charging port. The vest runs on a big lithium battery, that’s mounted in the back of the vest, with a very impressive 8-hour runtime. Included in the box is a fast charger, that recharges the vest in around 3 hours, but it can also be charged using the USB C connection.

Unfortunately, it won’t charge when it’s in use, which is a massive oversight in our opinion. If this could charge while running, which USB C offers, it would literally run forever. It’s also worth pointing out that the USB cable included in the box is awful, and we would recommend picking up a cheap, high quality braided cable as soon as possible.

One smart little thing that we liked, even if it doesn’t matter too much, was the voice confirmation when the Edge is plugged in or starts charging. This is something that the previous models didn’t have, and it’s both a lot more reliable as a way to confirm that everything is plugged in correctly, as well as a cute touch.

Who is the Woojer Edge for?

As we’ve already mentioned, the Woojer Edge Vest has admirable sound quality, especially considering the cost. The choice of digital or analogue inputs is something every audiophile is going to be looking for, and the internal DAC produces a powerful depth of sound.

The Edge vest especially has a lot to offer DJs and other producers, who can use the haptic feedback to feel the impact of what they’re creating, whether that’s in their home studio, or behind the decks live.

There’s no greater seal of quality over completely losing yourself in the world of a film on-screen, and the Edge is just another step towards that. The Edge shines here, especially on films that boast an epic, orchestral score. You’ll be able to feel every swell, every triumphant note, bringing you one step closer to the action.

Horrors also really benefit from the Edge vest. If you’re anything like us, you’ll forget you’re wearing it as the tension rises, only to leap out of your skin as something hideous jumps out on screen and the score blares.

This does expose one downside to the Edge, which we’ve already touched on. It’s a one-person show, and we’d expect the next edition to have the option to share the experience, linking multiple vests together. When that happens, your home cinema experience is going to be taken to the next level.

Out of everyone, the people who can probably benefit the most from the Edge are gamers and streamers.

The experience of gaming naturally lends itself to a gadget like this. Whether it’s feeling gunfire whistle overhead, or the force feedback as you shift down and power into a hard corner on the Nurburgring, games are already designed to draw you into their world, and a physical, 3D sound experience is the natural next step.

In particular, people with a VR set-up, as well as streamers, are going to love this. VR is already fully immersive visually and aurally. Adding physical sensation to that is another massive step to literally moving into another world.

As for streaming? One, watching someone react viscerally is already a draw, and we’d expect haptic integration for the big sites like Twitch in the next few months, especially if big streamers start to pick up the Edge for themselves.

Are there downsides to the Edge vest?

Like anything, the Edge vest has a few minor issues. Firstly, Woojer has a Dolby Atmos app available, but currently only on Windows. If you’re on Mac, right now you’re out of luck, and lose out on the option, which is a big issue if you’re planning on using this for films. Honestly, though, Woojer has been admirably fast in delivering updates and fixes, so if this isn’t already on the horizon, we’d be surprised.

Second, as we’ve already mentioned, only one output. According to Woojer, you can link up a set of external speakers through this, as well as having headphones, but it’s an intensive process. Expect this to be streamlined with the next edition.

Here’s a prediction. Haptics is going to be huge in the next few years, and the Woojer Edge Vest is leading the charge. If you disagree, consider that this vest alone made almost $2 million dollars through Kickstarter alone!

The reason is obvious. The Woojer Edge is a genuinely impressive piece of kit. Comfortable, well designed, with solid sound quality, and offering an experience that’s very hard to match, if you’ve ever wanted to really feel your media, the Edge Vest is the single best way to do that. 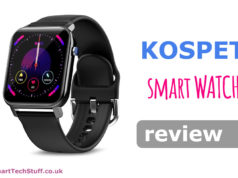 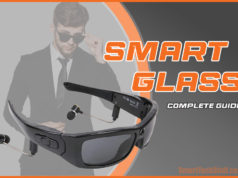